“Villa Embrace received a full feature in the leading luxury publication: Robb Report. The publication lauds the arrival of Villa Embrace, “the 12,000-square-foot, amenity-laden rental residence is carved into a mountainside in Gustavia, the island’s capital.”

Featuring direct quotes from an interview with the owner, and a fantastic summary of all of Villa Embrace’s world class amenities, the piece builds an excellent picture of the villa’s unique positioning amongst the world’s best villas.

Read the full piece below or view it on Robb Report here.

Filled with designer furnishings and blue-chip art, the sea view rental villa has a private waterfall and round-the-clock chef and butler.

There’s no shortage of chic resorts to hole up in on St. Barth, but as of tomorrow, an even more exclusive accommodation will be available on the Caribbean paradise. Dubbed Villa Embrace, the 12,000-square-foot, amenity-laden rental residence is carved into a mountainside in Gustavia, the island’s capital. Along with its Caribbean Sea vistas and secluded vibe, the four-story private residence is notable for its price tag—which, depending on the season, can run between $150,000-$450,000 a week.

Located mere minutes from the beach and the town’s buzzy restaurants, Villa Embrace is the vision of Vancouver-based financier Martin Weinberg and his wife Michelle, who first discovered St. Barth some 14 years ago and were struck by its beauty. More specifically, its “South of France in the middle of the Caribbean feel,” Weinberg tells Robb Report. “The culture, the food, the beaches—we knew we’d be back.” It was during one of those return sojourns that the restless Weinberg was presented with the opportunity to snatch up the largest piece of land for sale in Gustavia. There was one caveat, though: he had to do so within three days. Weinberg took the leap.

Immediately, the well-traveled Weinbergs began poring over the file of photos they had accumulated, heady images of hotel suites and villas around the world that had captivated them and prompted the couple to draw on their favorite aspects to “build what we thought was the best of the best,” as Weinberg puts it. It took two years to excavate the site and two more to create Villa Embrace from the ground up by a team that included local architect Philippe Van Den Broek, London developer Oliver Holt and Winnipeg studio Glenat Duxbury Interior Design. A dozen French artisans, regarded for their superyacht interiors, tended to the palette of refined finishes. The result is an airy, commodious abode that merges with the outdoors. Each of the five suites, adorned with the likes of India Mahdavi and B&B Italia furnishings, are outfitted with private decks, complete with an outdoor shower or Japanese soaking tub. One even has a hammam.

Socializing unfolds in the great room, in the company of a bar and fireplace, or on the Italian sofas in the family room. The centerpiece of the games room, with its Vladimir Kagan armchairs, is the T.T.Trunks-manufactured leather game table that the Weinbergs spent two months painstakingly designing themselves. “A lot of the things we wanted we couldn’t find, so we had them made,” says Weinberg, noting that a white onyx and stainless-steel headboard and the maritime-inspired table by Italian architecture and design practice Barbarini & Gunnell, which mixes with Casa Fendi bar stools in the dining room, are also bespoke. The Weinbergs infused their personality throughout Villa Embrace, and this is reinforced in the artwork on display, including a series of Roy Lichtenstein nudes and pieces by Andy Warhol that Weinberg has held onto for decades.

Two infinity pools—one of which, at 100 feet, is among the largest on St. Barth—and an outdoor massage area ensure daily relaxation. Keeping on top of routines also comes with ease at Villa Embrace (essential considering the seven-night minimum stay) because there’s Technogym equipment on hand and a study with a nutwood and leather Knoll desk. A butler and a round-the-clock chef whipping up meals to match wines from the abundantly stocked cellar (it’s also possible to orchestrate private dinners on any of St. Barth’s beaches) are part of the luxe hotel-style offerings, too. Weinberg was keen to anchor Villa Embrace in its natural surroundings. The floors resembling white sand, the eucalyptus cabinetry tinted the color of dark driftwood and the bathrooms enveloped in mother-of-pearl shells “pull the beach into a contemporary house,” says Weinberg. At the same time, he wanted to introduce something bold to St. Barth, best delineated in the striking glass elevator. “We have our own waterfall and live green wall,” Weinberg adds, “so when you’re going up in it, it’s like you’re looking out onto a jungle.” Villa Embrace opens for reservations on March 1. Rates are between $150,000-$450,000 a week.

Take a look at the latest news from Villa Embrace here: 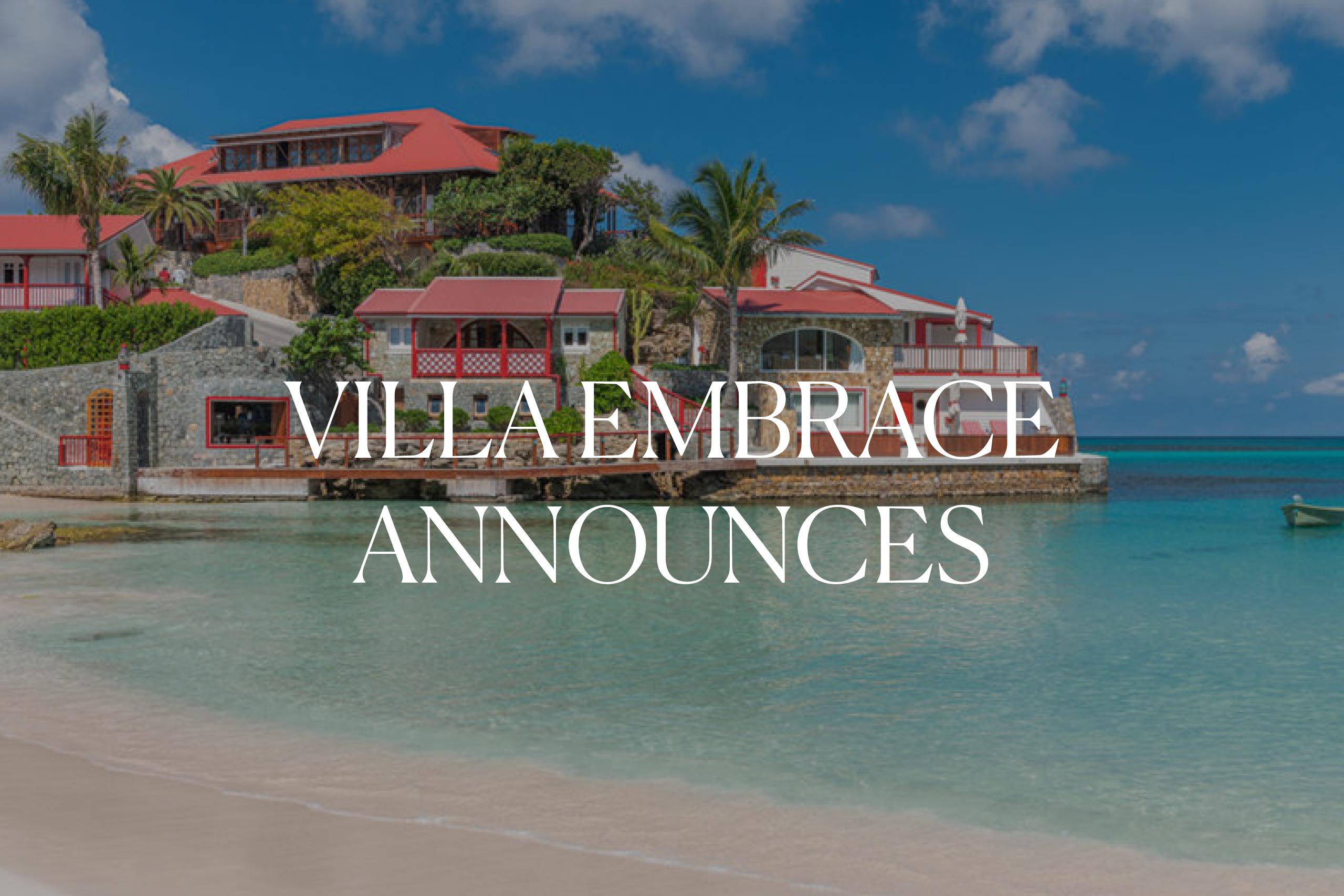 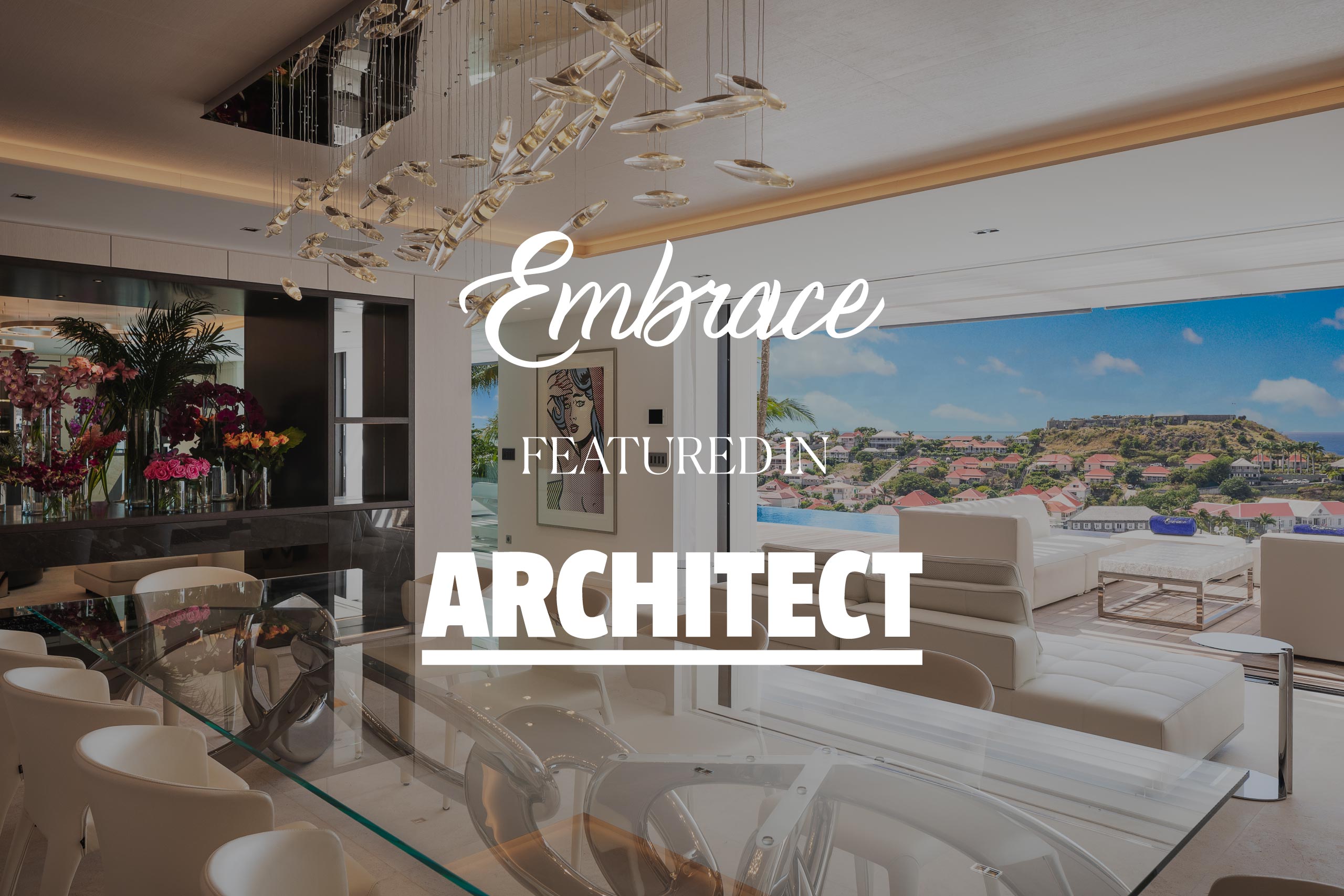 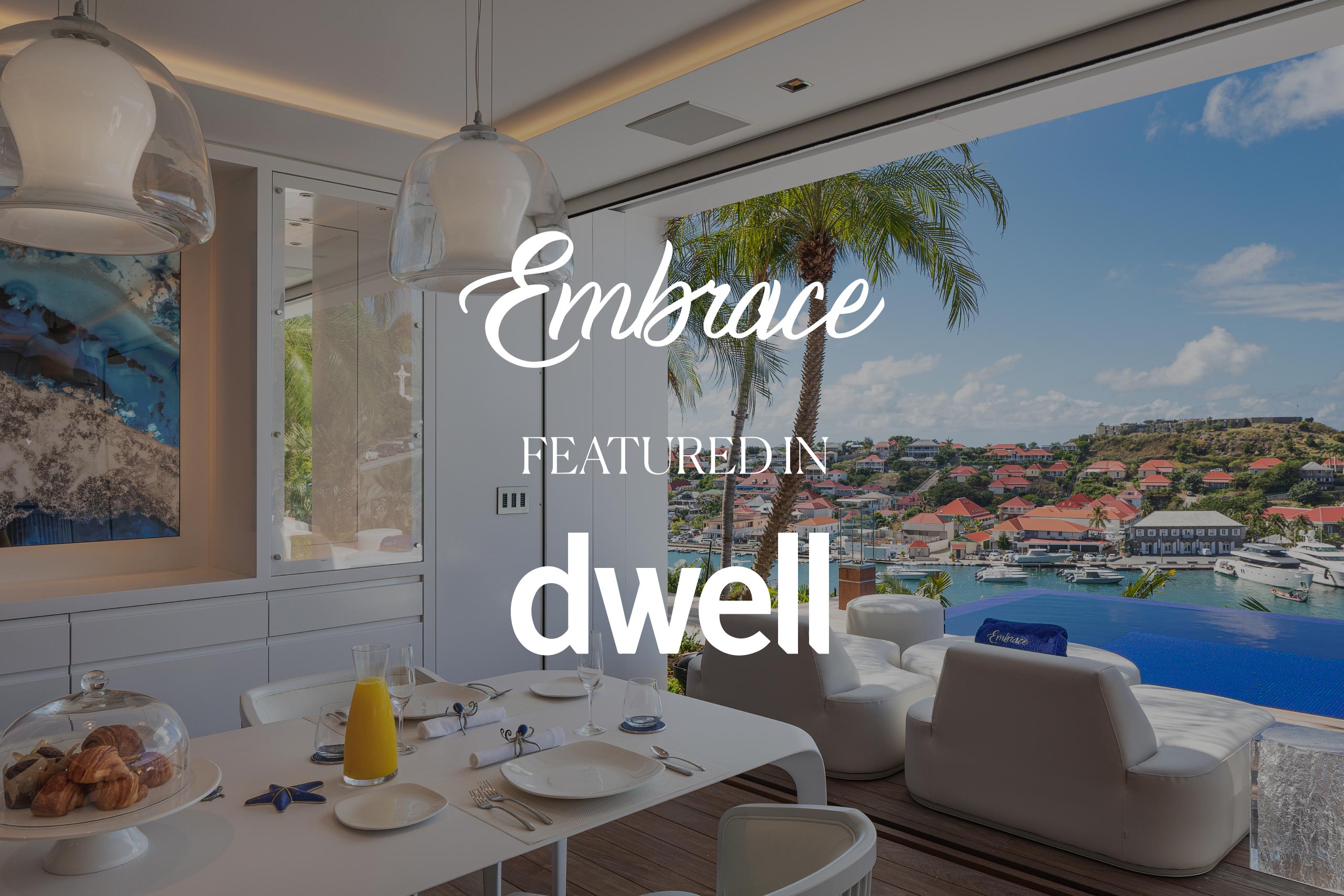